Some Days You Just Win

It's been a rather amazing day.  We went into Ottawa, and stopped to eat at The Lone Star. We have never been there before, but right now they are running a two for one Brunch special. Well, I always figure, if one of you gets to eat for free, there is no sense looking at the price side of the menu, so I had the Country Fried Steak, with fried potatoes, 2 eggs, beans and toast.  Oh, and let's not forget the free dish of tortilla chips and salsa they put on your table the minute you arrive.  Hubby had the Cowboy breakfast, which has 3 eggs, potatoes, beans and toast, and chose the sausages to go with that.  Since my meal was $2 more than his, it was his that got deducted from the bill.  I have a birthday coming up, but life is getting in the way of celebrating it at that time, so I wanted to do something a little different this year, and chose to go to the Lone Star for a meal.  I'm glad I did, and I'm sure we'll go back again sometime.  There is still another week to catch this, so get yourself over there next Saturday! 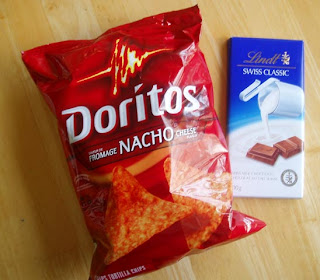 We went from there to the mall, where I made a small purchase at the drug store, and dug out a couple of my freebie coupons to cash in while I was at it.  I got the Lindt Swiss Classic and a bag of Doritos, both for free.  I have mentioned winning both of these coupons in previous posts.

While at the mall I went looking for shoes. I need new runners, or, to be more specific,  New Balance walking shoes. They also need to be well ventilated.  I could not find any in my size but while looking my hubby managed to find a pair of dress shoes with genuine leather soles.  He's been looking for such shoes for many years, without success.  He purchased them today, at a full 40% off.

We then went over to Leon's, to present our Visa card and get a rebate because an appointment they made with us was not kept.  I'll tell you the rest of that story when it comes to a conclusion, but so far, I cannot complain about how we have been treated. They are going out of their way to make us happy and I believe things will work out well in the end.

So, though we spent a bit of money though out the day, we actually came out ahead in the end.  Maybe I should have bought a lottery ticket today, just to finish it off right.
Posted by Yabut at 10:11 PM 1 comment: Links to this post

Catching up on the Freebies

Did you miss me last week? Friday got away on me somehow, but I did get something in the mail. I'll just include it in this batch as I tell you what has arrived since the last time I reported in.

I received an envelope from Marc Angelo, with a coupon for a dollar off any of their products. I had just finished eating a lovely barbequed bacon wrapped turkey breast. It was so good, I'm likely to use this coupon on another one of those.  As there is no expiry date on the coupon, I'll just hang on until they go on sale again.

I also received a coupon for $3.49 off an Lindt Swiss Classic 100g chocolate bar.  That likely makes it free. I won that during a contest they had online. This is just in time as I had just one bite of the last one I won left when the coupon arrived, and it's totally gone now.  Yes, I like chocolate, but one bite is usually enough to satisfy my craving, so a chocolate bar this size can last me a few months. 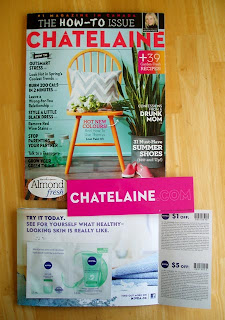 The Nivea people sent me a couple of samples, along with some coupons too.  The samples are from their Aqua Effect line. They sent Mattifying Day Care, which moisturizes and controls shine, and a Purifying Cleansing Gel, which deeply cleans pores.  That appears to be a new product.  There is apparently also a Purifying Toner available, to use between these two, and one of the coupons offers $5 off if I purchase all three products.   Otherwise, the other coupon is just $1 off if I I buy only one product.  At the moment, I'm too well stocked on facial products to even consider using these coupons.

There was also a big envelope in my mail this week, and when I got home I was surprised to find a complimentary copy of Chatelaine in it, along with a bookmark.  It seems they are trying to coax me back.  I do hope some of the other magazines try this tactic.  Actually free magazines often work well with me, as you may have noticed in a previous post.
Posted by Yabut at 4:21 PM No comments: Links to this post

Last year I told you all about my string of good luck.  Well, the planets must have shifted positions because now things are just not going all that well in my world.

The computer I normally do the taxes on is very old, and temperamental so I decided to load the tax software onto my hubby's machine this year. I do taxes for most of my family, and managed to get three out of the five done before I got the paperwork for the other two. There are things missing for those, so I have to wait. Meanwhile hubby was on Kijiji the other day and picked up a virus on his machine.  So far, I've only printed off one of the three completed taxes.  Now we have this virus to contend with before I can proceed. Time is quickly running out.

I believe I mentioned that we had recently purchased some new furniture.  We thought we had lucked out finding something so comfortable on a day when it happened to be 50% off.  But they managed to damage all 3 pieces somewhere along the way. It's like they took it off the truck, set it down on one corner and pivoted it before picking up that end. There is one worn corner on each piece, and we are hoping to get it all replaced.

The assessor was supposed to show up on Thursday, but he never came.  Hubby even took the day off to deal with him. Meanwhile, the tags remain on the furniture, and we are being overly protective of it, so they can't say we did any further damage.  We had a 4 year old here a week ago, for the day. I covered everything with blankets and was amazed he didn't decide it was time to make forts!


Today, I went to my exercise class, and before leaving I went off to visit the washroom.  I found myself stuck in the stall. The lock wouldn't release.  I ended up having to crawl out under the door.  That is not an easy task at my age, but I can't  help being a bit glad it was me, and not any of the others in the class. It's a seniors class, after all, with people in their 80's and  and others with bad hips, bad knees, and other problems. I was in there, and everyone else was leaving the building. One of the others could have been trapped for who knows how many days, until another group rented the hall and they were discovered and set free.  Scary thought. I stopped by the municipal office on the way home, to alert them to the locked door I had left behind.

There have been a couple of other problems lately too, mostly related to one institution or another, so it would take much too long to fill you in on those. Suffice it to say that any operation with the power to screw you up is busy doing that to me these days, so you can relax.

I was going to go to the Fashion over 50 presentation at the Library this afternoon, but it's brewing up  a storm out there, and with my luck, some big branch would fall on my head as I walked across town.  I think I'll just stay here and read.
Posted by Yabut at 1:20 PM 1 comment: Links to this post

The weather has been very damp lately, and with that comes a lot of sore parts.  I have a bad hip, for instance, and an arthritic toe, and my neck and shoulder have not been happy lately either.  I've been fine all winter, so all this recent pain is totally weather related, and I, like everyone else, am more than ready for spring to arrive.  (No such luck this week, as we were under a winter storm warning, and after being threatened with 20cm of snow, we got freezing rain instead. Personally, I'd rather have the snow!) 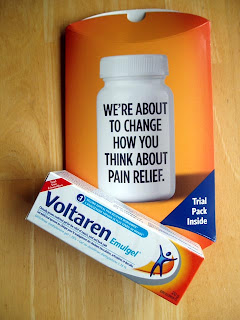 So, just as I am starting to complain of all this pain and stiffness, a tube of Voltaren arrives.  It's contains an anti-inflammatory medicine in an innovative gel form.  After reading the material that comes with it, I find that it's more for sprains and strains than for arthritic problems, so perhaps it's best suited for my shoulder. I originally injured it when a big dog I was hanging on to wrenched me forward suddenly.  Last year I fell, and must have jarred that old injury as it's been bothering me ever since.  I'll test it out on that. 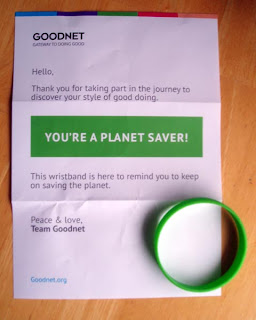 The other thing I got this week was a green wrist band from the people at Goodnet.org.  They have declared me a Planet Saver after I answered a few questions to find out what my do-gooder style is. 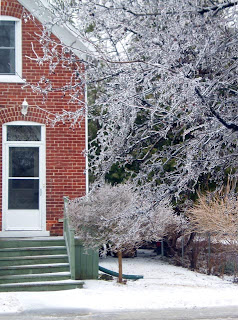 There is no way of knowing if something else came in the mail today as it's just too icy for me to venture out.  Welcome to Spring in Ontario.
Posted by Yabut at 5:07 PM 1 comment: Links to this post

Someone on Facebook said to me, "Nothing is ever free."  I started this Freebie Friday report to show that some of us do indeed get free things.  Even I am surprised that I have had something to report each and every week since the beginning of the year, and now it's April already!  Okay so some of the stuff isn't worth much, but some of it is, and all of it is certainly worth having....especially when it's totally free! 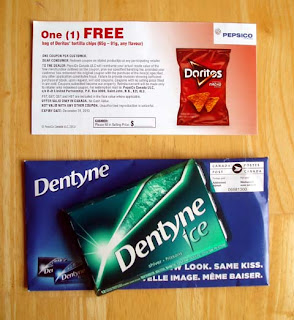 This week I just got a couple of little treats. This seems to be a good time to point out that while some companies send the product in the mail, others send you a coupon for the free product, and you have to go pick it up yourself. I don't mind that. It saves them postage, so they can likely give away more. And I get to choose from among their product line to pick the one I think I'd like the most.

This is a full pack of Dentyne.  I guess they have a new look they want to introduce to us. The Doritos were won on a game on their Facebook page.  The coupon is for a 65g - 91g bag, depending on the product I choose.