Last year at this time I was telling you about the lovely basket of gifts I won from the merchants of Almonte. The contest was to promote the town, and it worked as I had not been there for many years and was surprised at the amazing changes in the place. It's not just a pretty village anymore. It's well worth the visit now, to shop and eat and spend the day.  We've been back several times since then and I've told lots of people about it. 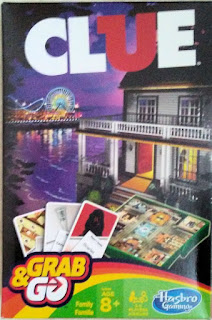 So, while I had won some amazing prizes by this time last year, worth hundreds of dollars, this year I'm winning on a much smaller scale.  Yesterday I got to go and collect a couple of my freebies.  First, I had a certificate that I got from Kelloggs that I could spend on a $10 toy. I didn't figure I'd get much for that but when I walked into Toys R Us, one of the first things I saw was a game that the grandsons had been asking for just a couple of weeks ago. How could I pass that up? It's not the big board version but a compact one that folds into its own case and is easy to store. Just the thing for Nana's house! And hey, it was $9.99 so I got to spend the whole coupon, which is great as they don't give you change. I expect I'm going to have a break from our ongoing Mille Bornes challenge while I figure out who done it while playing Clue. 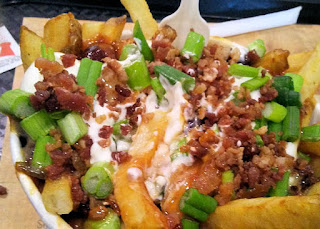 After that, I went for lunch and used a gift certificate I won from New York Fries for a free regular poutine. I asked if I could upgrade that to one with the works and was told that the regular, in this case, referred to the size, and I could have anything I wanted on it. 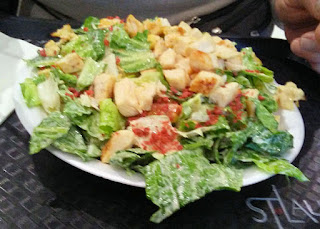 So while I had a calorie-laden lunch for free, my hubby ate more sensibly but it cost him over $10 for his salad. 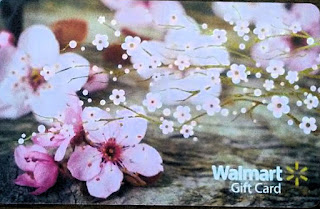 I still have a $10 Walmart gift card to spend too, but I haven't decided what I want to shop for yet. I won it on Facebook from a page that promotes freebies called Mae-Mae's Freebies. A lot of the offers there are just for people in the United States, but I won it so soon after I joined the page I didn't realize that yet. Occasionally there is something for Canada or other places too though, and the odds are good for the contests as competition isn't all that big yet. But it is growing.

Anyway, I am still having some luck, though nothing like last year. That's fair. It's not good to be greedy. After so many years of never winning anything at all, I'm still quite amazed when I win something and actually thrilled with even these little prizes.

People are still asking me how I win. The only advice I can give is, you can't win if you don't enter.

That goes for life in general. You can't succeed at anything unless you are willing to go do it.
Posted by Yabut at 8:16 PM No comments: Links to this post

I've had all kinds of plans running around in my head for Valentines Day this year.  As I have mentioned, I've been making cards for people all over the world. I did not, however, get around to making any for my own special people and I didn't get out shopping either, due to the nasty weather.

Normally what I do is make a special supper with a Valentine type of dessert. I had a really busy day Tuesdsay, and have the same problem today (Valentines Day), so I needed something simple to make. We're going to have a chicken stirfry with rice. I got to go grocery shopping yesterday, but was never alone long enough to sneak even a card into the basket. I got distracted by various sales, and while trying to stay within my budget, I completely forgot the little extras I needed to pull off what I had planned.  My guys are going to think I just don't care about them!

Last night I decided I'd make a Tomato Soup Cake. It's at least red....sort of, and it will be a treat for their lunch as it does pack easily.  I mentioned it on Facebook and was surprised to find someone who didn't have a clue what I was talking about. Perhaps she's just too young as it was a staple when I was growing up and I used to make it for my boys. Well, hey, they are 50 and 41 now, so it is an old recipe. I've decided to share it here, as a special treat to all of you who have not had the pleasure. 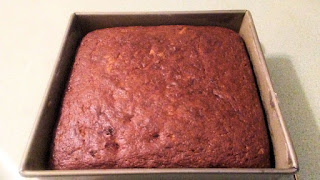 Cream sugar into shortening. Mix in the beaten egg and the soup.
Add the dry ingredients and mix well.  Stir in the raisins.
Pour into a greased and floured 8 inch pan  and
Bake at 350F for 1 hour.

Posted by Yabut at 5:15 PM 3 comments: Links to this post

I see people checking my page, and I know I haven't posted in a while. The things on my mind lately can't really be posted publically. At least not the full story yet, in any case.

I have been having adventures with printers lately. For the last year, every time Microsoft updated Windows 10 they screwed up my printer. I've had a few words with Microsoft, but that was only because they popped up on my screen one day asking what I thought of Windows 10. They even went so far as to list some possible problems and ask if I was having any of them. Well, yes MS, and I tried really hard to tell you, but there does not seem to be a place to report such things, except to your virtual assistant. The problem with that is that if the problem has not been reported previously (which, as I said, isn't possible) the assistant cannot help either.  But obviously, you are aware that Win10 is capable of making peripherals inoperative since you had that problem on the list. Do something about it, and do it quickly! I have some big print jobs coming up and I don't  trust you not to update at just the wrong moment.

On a more fun note, the Christmas card exchange I got in on was such a success that we have decided to do another exchange for February. I've found it much easier to design cards this time. At Christmas, it felt like it had all been done before, and fresh ideas were hard to come by. February has lots of holidays and even if I just go with hearts and flowers for Valentines Day, I can come up with some cute ideas all on my own. In the process, I've discovered a few great techniques that I'm sure I'll use for years to come.  Part of that is because I have not always been able to simply print designs from my sketchbook as some do, due to the problem mentioned above. I was forced to create all new hand-painted cards, but now I'm actually glad of that. 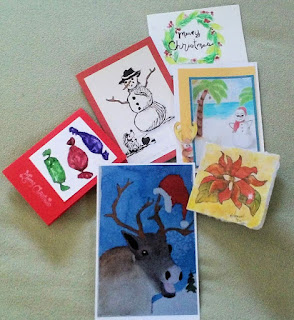 I'm being asked to share what I'm doing on Facebook, but there are members of the group I'm sharing cards with on there, and the big reveal isn't until the end of February, so I don't want to spoil any surprises. Also, since I expect to reuse some of these ideas over time I don't want my family and friends to end up receiving something they've already seen online either.  I can show you the cards I received for the Christmas exchange though, from others around the world.  There are so many different styles. Some people had their paintings printed as cards while others painted each one individually. One lady even made the paper she painted hers on and another printed her cards but created the linocut for her prints herself.  There are so many talented people out there.
Creating and exchanging cards with people throughout the world is not only fun but a great way to share peace and love.....which is what we are doing for Valentines Day.  I hope this gang continues this practice for a few more holidays.
Posted by Yabut at 3:59 PM No comments: Links to this post